AI gun detection technology could be a tool to… 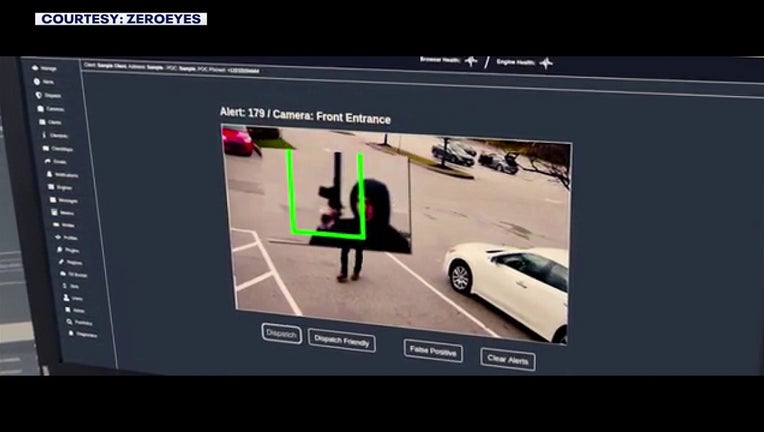 The technology would allow artificial intelligence to identify guns on school grounds, hopefully giving police a heads up before shots are fired. (ZeroEyes / Supplied)

(FOX 9) – School districts are always looking for ways to make buildings and classrooms safer. Technology could play a role in limiting the loss of life in a mass shooting.

FOX 9 has learned that some local schools plan on increasing patrols through the end of the school year. But others may be asking for a different, more permanent type of solution, and visual gun detection may just be it.

School districts are generally always looking for ways to make buildings and classrooms safer. The technology could play a role in limiting the loss of life in a mass shooting.

“Everybody should agree that a student shouldn’t get shot. That is what we’re here to do and that is what our technology is going to be able to do,” said Sam Alaimo, chief revenue officer and co-founder of ZeroEyes. “Thoughts and prayers at this point of useless. We’ve had them for a long time.”

The Philadelphia-based company launched in 2020 under the premise of helping police get to a scene faster in an effort to stop mass shootings.

“After [the mass shooting in Parkland, Florida] it was like enough is enough. Kids should not be training for active shooter situations. They should be being nurtured in a classroom environment to learn and grow into fully functional adults, not think that a mass shooting is right around the corner,” Alaimo said.

ZeroEyes puts its artificial intelligence software into a school or business’ existing security cameras. When someone pulls out a gun in front of the cameras, an alert is sent to the company. Employees in the company’s 24/7 communications center verify it’s really a gun and notify the client and police. It all happens within a span of three to five seconds.

“We’ll detect the gun before the first shots are fired,” said Pete Garza, vice president of marketing for ZeroEyes.

Schools in the Twin Cities metro are in the process of implementing similar visual gun detection. In an email to parents in one of Minnesota’s largest districts, Minnetonka public schools say it’s “developing added (safety) measures, including a system that can detect weapons before they enter our school grounds.”

A spokesperson told FOX 9 the district has been working on this for several months, and it’s not in response to Tuesday’s shooting in Texas.

As schools continue to look for ways to keep their students safe, ZeroEyes’ founders said the reason their solution works is because data shows most mass shootings begin with the gun exposed for several minutes or more and because police will get a time-stamped image of where the shooter is.

“For every second that passes, the shooter is shooting somebody or shooting his gun. Every second counts. So that’s what we’re all about. We’re about saving time,” Garza said.

The company has rolled out software in 18 states so far. Minnesota is not one of them, but the founders told FOX 9 that more states could be coming.

Robotic milking system to be…

What’s happening in the US…

How Technology Can Change The…