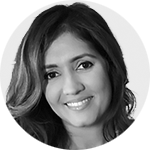 After Game 5, Stephen Curry walked into his postgame news conference wearing a gray T-shirt that said Ayesha Curry CAN cook.

His shirt was in response to a sign outside a bar near Fenway Park in Boston that had written in chalk, Ayesha Curry cant cook.

It was a pointed dig at Ayesha Curry, Stephens wife of more than 10 years, who has made cooking a central part of her public persona. She has written a cookbook, starred in a Food Network show and opened restaurants.

And it was just one example of the back and forth between Celtics fans and Golden State players this series. During his 43-point explosion in Game 4, Curry was yelling at fans in the stands. During Games 3 and 4, the TD Garden crowd in Boston chanted expletives at Draymond Green and Klay Thompson, prompting Thompson to sarcastically call them real classy.

At this point in his career, Curry enjoys the sparring.

Im the petty king, so I know all about everything, he said on Wednesday. I use it as entertainment and just have fun with it.

He understands its born out of how much a championship can mean to a city.

Maybe back in the day, the first year, first two years, maybe things catch you off guard just because its so new, Curry said. You wonder how these narratives come up, all the distractions pop up here and there. I think the more you get into these environments, the more you use it as entertainment, fun, embrace it.

Honestly, you wouldnt want to have it any other way, knowing that youre on this stage and youre playing for something that really matters to a lot of people.

The bar, Game On, near Fenway Park, also noticed Currys response to its sign.

On Wednesday, it posted a photo on Instagram of a group wearing green Celtics T-shirts that said Ayesha Curry cant cook, standing next to a new sign. This one said, Steph saying his wife can cook is like your mother telling you youre HANDSOME.

Woman Is Fatally Shot While…