Less than 40% of state aid for small businesses…


Kelly Gray was the listed applicant for grants totaling $180,000 for Hot Head Burritos and Rapid Fired Pizza locations across southwest Ohio, including in Dayton and Oxford. 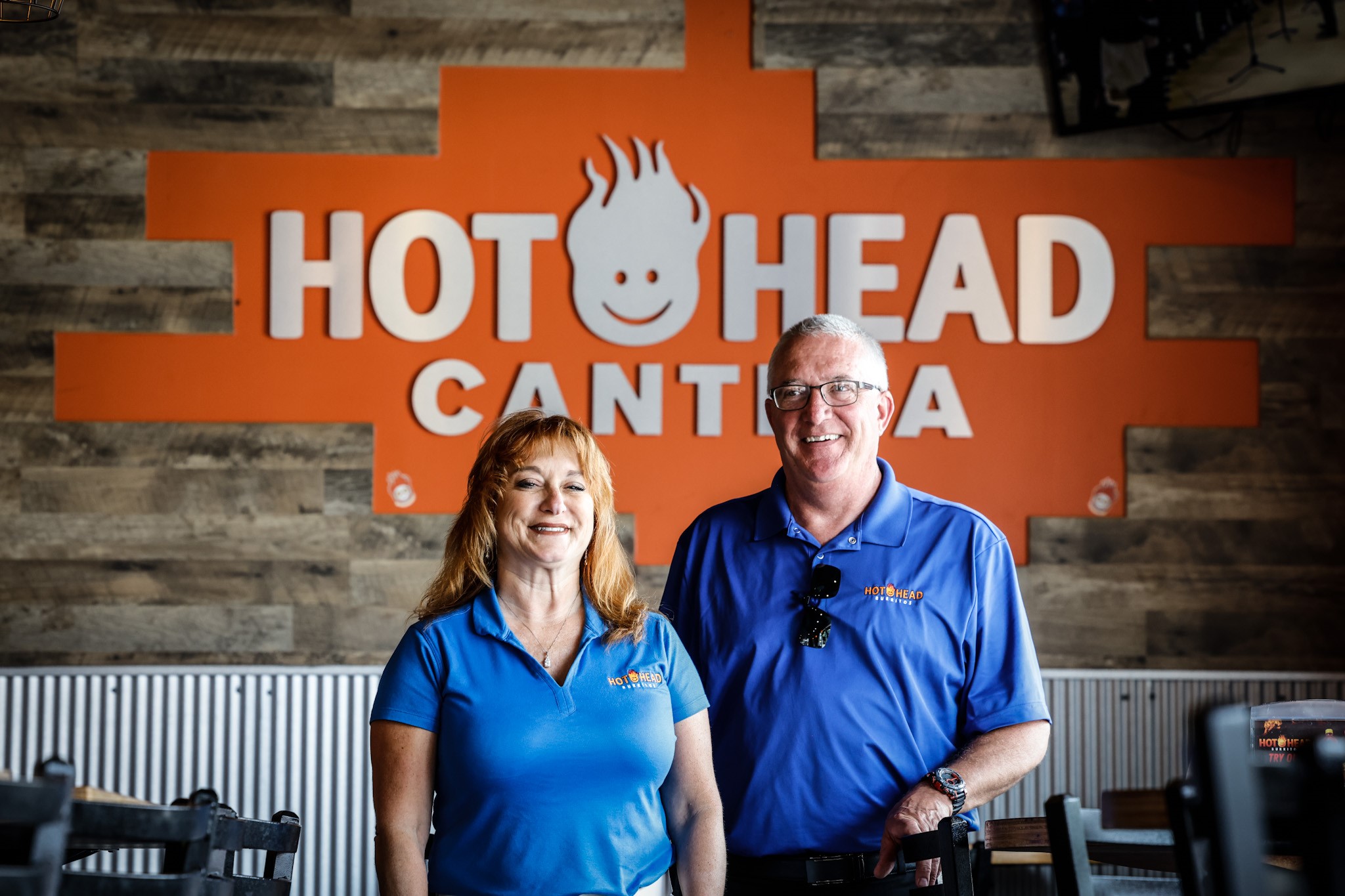 Gray and her business partner owned too many restaurants to qualify for the federal Restaurant Revitalization Program that provided some local restaurants grants of more than $1 million.

(The state program) allowed us to stay in business, she said. We would have had to file for bankruptcy without it.

Gray said its disheartening that less than half of the funds were used, since she knows there are businesses that needed it.

I think theres people who were truly mom and pop operations, had one store, two stores, who just didnt understand the documentation that needed to be done, she said.

Ohio Gov. Mike DeWine launched the programs in June 2021 with $155 million made available through the Ohio General Assembly. The next month, DeWine announced the fund doubled to $310 million with the states new fiscal year budget.

As we continue our recovery from the pandemic, we want to give our local businesses this money to help them successfully move forward, DeWine said at the time.

The announcement said applications will remain open until funds are exhausted.

Ohio Department of Development officials say they stopped taking applications for these programs Dec. 3, 2021. They approved 5,905 applications and were still processing payment for 209 of them in mid-April 2022. 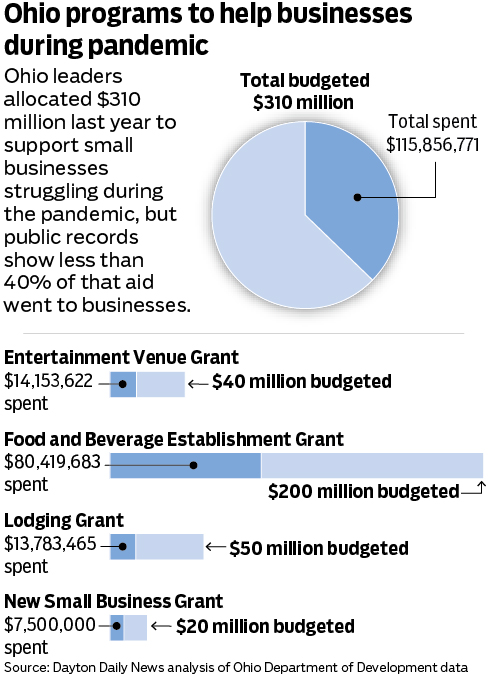 We worked with stakeholders and related trade associations to market the programs and locate companies that were eligible to apply for the programs while the application was open, said Department of Development spokesman Todd Walker. Applications waned and then we essentially stopped receiving new applications for the programs. After additional outreach to businesses and media to publicize that funds were still available, the programs were ultimately closed.

Of the money spent, roughly $110 million came from the federal CARES Act and $5 million from the Ohio general fund. Of the unused $194.1 million, unspent CARES Act money was put toward other eligible programs by the federal programs Dec. 31, 2021 deadline and the states portion will be returned to its general fund.

Applicants were screened before money was awarded, and no businesses have been subject to enforcement or repayment, agency officials said.

The largest local recipient of Food and Beverage grant money was Red Lobster, according to state data that lists the location on Miller Lane as receiving $430,000.

Red Lobster officials say this was distributed across their 40 restaurants in Ohio program rules allow businesses to list multiple locations on one application and it helped them not have to permanently close any locations in Ohio over the past two years.

The COVID-19 is the most difficult challenge our business has faced in our 54 years of operations, company officials said in a statement. The funds we received from the Ohio Food and Beverage Establishment Grant Program helped our restaurants in Ohio keep their doors open and staffed to serve our guests safely.

Most recipients werent chains, but small locally owned restaurants. The largest grant in Clark County was for $30,000 and went to Guerras Krazy Taco on Belmont Avenue in Springfield.

It kept my employees here. Thats what it was for. And it kept me in business, said owner Felix Guerra.

Felix Guerra, owner of Guerra’s Krazy Taco, makes one of his famous tacos in the kitchen Wednesday, June 15, 2022. BILL LACKEY/STAFF 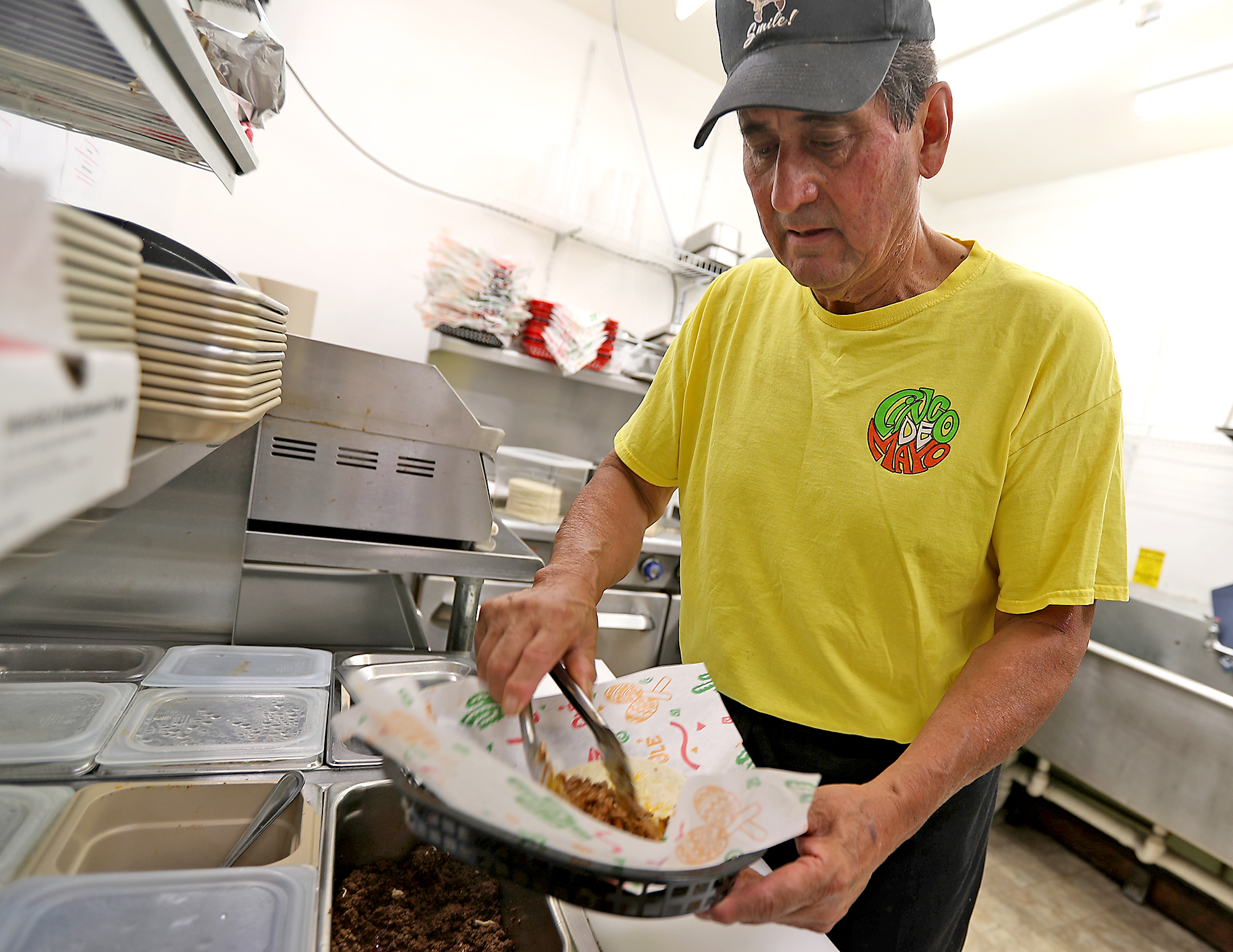 Felix Guerra, owner of Guerra’s Krazy Taco, makes one of his famous tacos in the kitchen Wednesday, June 15, 2022. BILL LACKEY/STAFF

Guerra said he didnt apply for the federal restaurant assistance, so this was the largest grant he received. He wishes they would have reopened it for another round of funding once it became clear there was money left.

We couldve used that for sure, he said.

The largest local recipient of the lodging grant was a company called US Hotel OSP Ventures LLC with a listed address in College Corner, in Preble County. It received $100,000. The listed contact for the company did not return messages seeking comment.

This was the only listed recipient for this grant in Preble County. There were only two in Darke County and none in Champaign County. Locally, 118 businesses were awarded grants through this program totaling $2.4 million.

Savarise said it was clear from the get-go that most of the lodging funds would go unused. For one, it was based on occupancy rates, not revenues. He said many places took in homeless people, nurses, first responders and others at a loss during the pandemic.

Savarise pushed for the $30,000 cap to be lifted, or for another round of funding.

There was a finite number of these businesses in Ohio, he said. Simply doing the math we could see that more funding was available.

(The program) was critical to trying to deliver as much support as we could to hotel and lodging businesses which were arguable the most impacted businesses due to the restrictions and the curtailing of travel and all the things that happened in the early to middle stages of the pandemic.

Savarise said Ohios lodging industry lost $1.9 billion from hotel room revenue alone in 2020 and 2021, not counting other things like banquet rentals and food and beverages. He said estimates it will be 2023 at the earliest before they are back to 2019 levels.

While tourism is picking back up, business travel is still down. He is lobbying state lawmakers to target programs to incentivize events to encourage increased travel.

The entertainment venue program provided grants of $10,000, $20,000 or $30,0000 to 75 entities in the area, totaling $1.6 million. Local recipients included museums like the Springfield Museum of Art, attractions like the Wesctott House, bowling alleys, movie theaters, skate rinks and family activity centers.

The Victoria Theater Association was the largest local recipient, getting $90,000 split among the entities that operate under the Dayton Live umbrella: Victoria Theater, Schuster Center, Loft Theater and PNC Arts Annex.

Dayton Live President Ty Sutton said during the pandemic capital improvements halted and their payroll shrunk from 250 people to 16.

He said of the state grant and $9.6 million they received from a similar federal grant program: In large part, they meant survival.

This money allowed them to hire people back and invest in facilities, despite having no program revenue. Without it, they would have had to take on substantial debt and cut things like free education programs that benefit the community.

I dont know what the landscape would look like without that money for the entire industry, Sutton said.

He said many small live music venues didnt reopen after the pandemic.

One local music joint that survived with help from the state program is North Second Tap and Bottle shop in Hamilton, which offers live music several days a week. Owner Daniel Connaughton said this is the only relief program he applied for and it kind of helped me get going again.

He received $30,000 and used a lot of it to sponsor three free shows at the amphitheater across the street from his business to get foot traffic going and bring business back. Now he is booked through the summer, including a four-piece jam band lined up for Saturday.

The smallest of the four grant programs administered by the state last year was for businesses created in 2020, when the pandemic began. The General Assembly set aside $20 million for that program, of which $7.5 million was spent.

Grants for this program were a flat $10,000 each. In the nine-county area, it assisted 117 businesses, totaling nearly $1.2 million.

This program was crucial for David Wildner, whose Spenga fitness training center franchise in West Chester Twp. opened in February 2020 and was forced to close 19 days later because of government mandated shutdowns.

Wildner tapped into the federal Paycheck Protection Program, but because his business was so new, Wildner didnt have the revenue history to qualify for some COVID relief programs. But he still had rent and utility bills and other expenses from starting the business.

(The state program) certainly helped, he said. I was grateful to be able to participate in that. 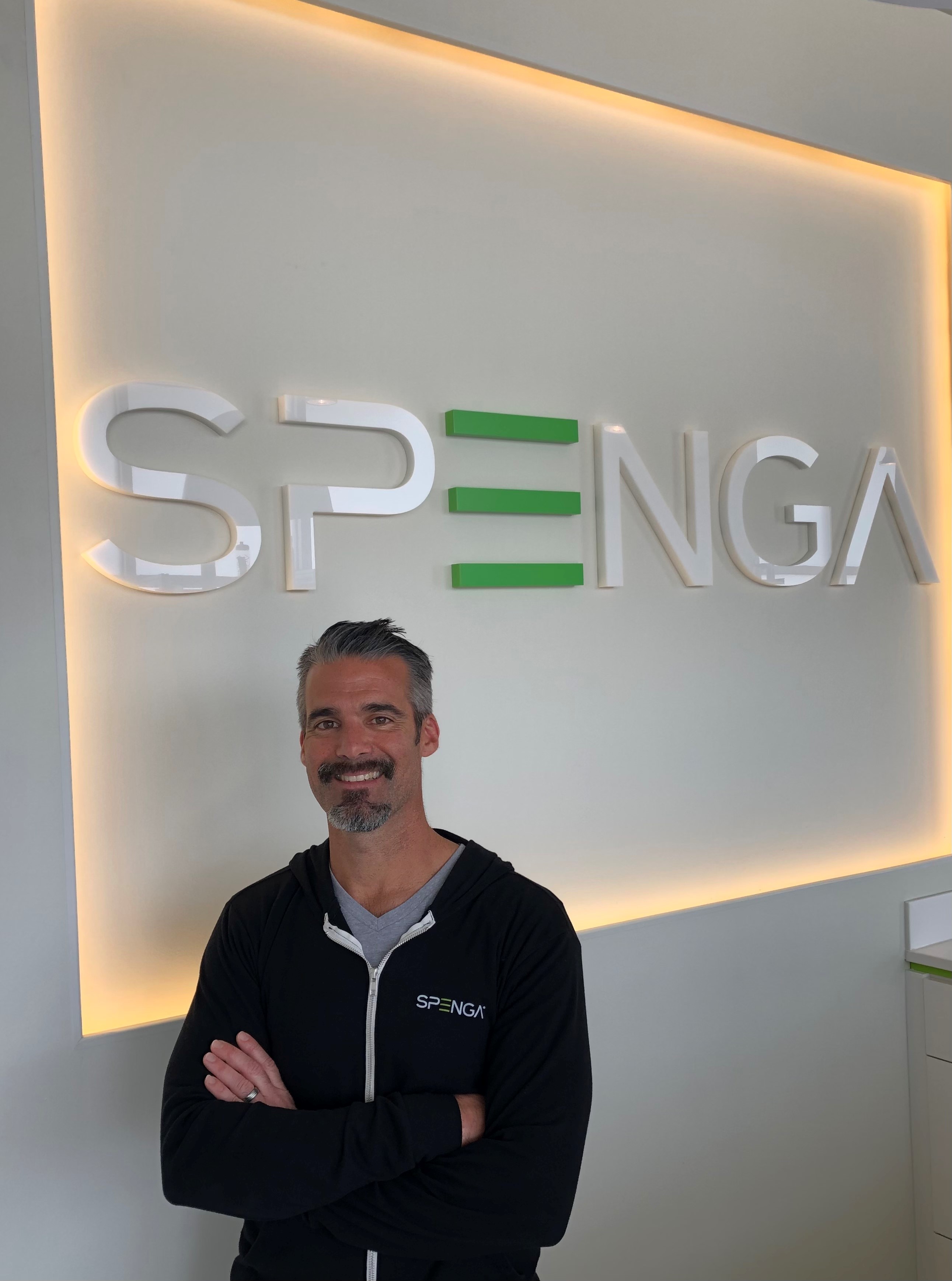 Wildner said the state initially pushed back on his application because he incorporated the business in late 2019. But they approved it once he provided a certificate of occupancy showing the business didnt open until 2020.

I had to convince somebody a business doesnt start the month that it opens, he said.

He wonders if rules like that contributed to only 37.5% of available funds being spent. But a bigger issue, he said, was probably a lack of advertising.

I literally dont know that many people knew about it, he said, noting he thinks he learned about it from the news.

One entity that benefitted from this program was a string of Tim Hortons franchises owned by Columbus-based Rensko. The company bought 37 Tim Hortons locations including six in Montgomery County, four in Greene County, three in Clark County and one in Butler County in 2020. This allowed them to get $370,000 from the program.

If they wouldnt have bought them, Im not sure how many would have closed, said Michael Condino, whose firm does accounting for the company and helped apply for the grants.

Condino said he represented clients who struggled through the pandemic and appreciated the restaurant and small business grants, but could have used more as the programs didnt take into account the increased cost of labor and supplies.

The restaurant industry just got destroyed, he said.

In addition to these programs, the Ohio Department of Development in 2020 administered a $250 million program that provided $10,000 grants to for-profit businesses with between 1 and 25 employees as of Jan. 1, 2020.

That program awarded $247 million before closing Dec. 11, 2020 including 2,808 grants in our nine-county area though program data shows it took through 2021 to get the payments out the door.

Awards in that program favored smaller companies. For example, 2,607 recipients statewide had only one employee while 217 had 25. Search the database of what companies received payment through this and the programs above on our website.

Why some Arizona businesses are…